After the First World War  anniversary celebrations became a common practice. They were gradually replacing the other “realms of memory” – the monumental ones, the topographic ones (museum expositions and archive collections) and the functional ones (memoirs). Within this framework were also the “personal” anniversaries of cultural figures. They took on the efforts of the intelligentsia during the whole interwar period and were increased almost nine times in number. Highest figures were achieved in the 1930s, when a trend toward honouring only living persons was shown and the anniversary celebrations were moved into the country (Plovdiv, Pleven, Lovech, Stara Zagora, etc.). Besides, as from the end of the 1920s  and during the1930-1940s main force of these cultural events was not the state anymore, but the public associations of the intellectuals.

Hounoured persons selection main criteria remained unchanged. Basic criterion was preserved – particular person’s contribution to the nation. Heroes of anniversary were always named “people’s artists”, who work at the service of the people and at the alter of the Fatherland. They were pointed out as “the pride of our native land” and were  “honoured by the whole nation”.

One significant change, explainable by the global transformation in the women’s social status after the First World War , was the rise of the so-called “female” anniversaries. These were 37.3 % of the total number of anniversaries and were celebrated most actively in the 1920s. Honoured with anniversaries were mostly actresses (Adriana Budevska (1924),  Rosa Popova (1926),  Zlatina Nedeva (1929), women writers (Ana Karima (1921), Lydia Chchmanoff (1935) and teachers – Ekaterina Karavelova (1928), i.e. the representatives of professions, traditionally considered “female”. Apparently, as late as the middle of the 20th c., this stereotype had not been left off. 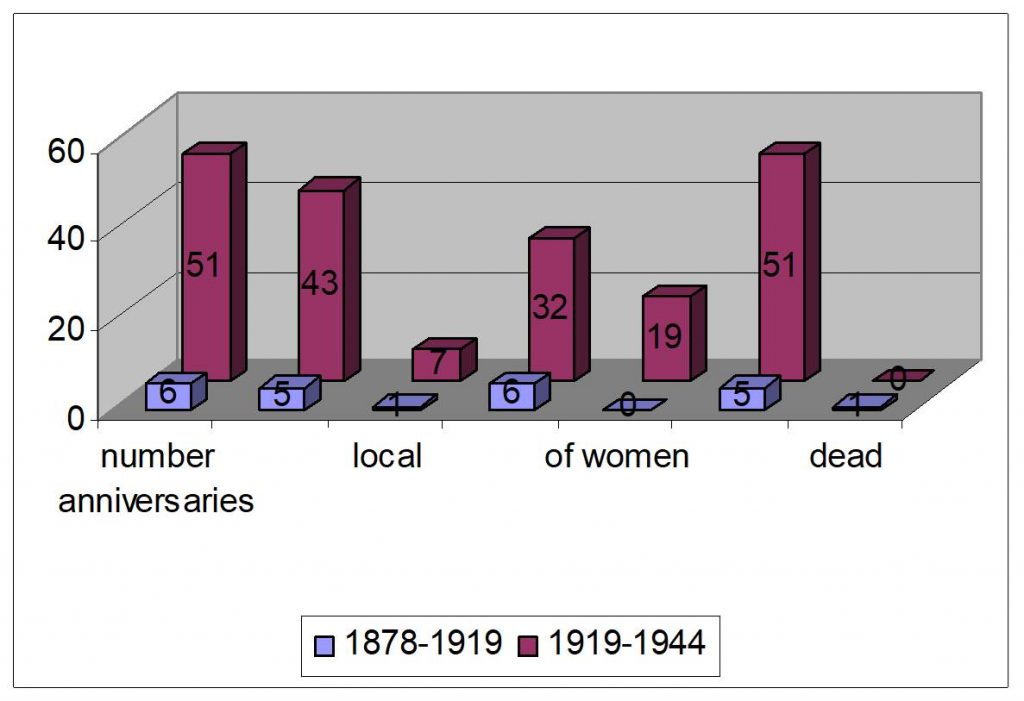 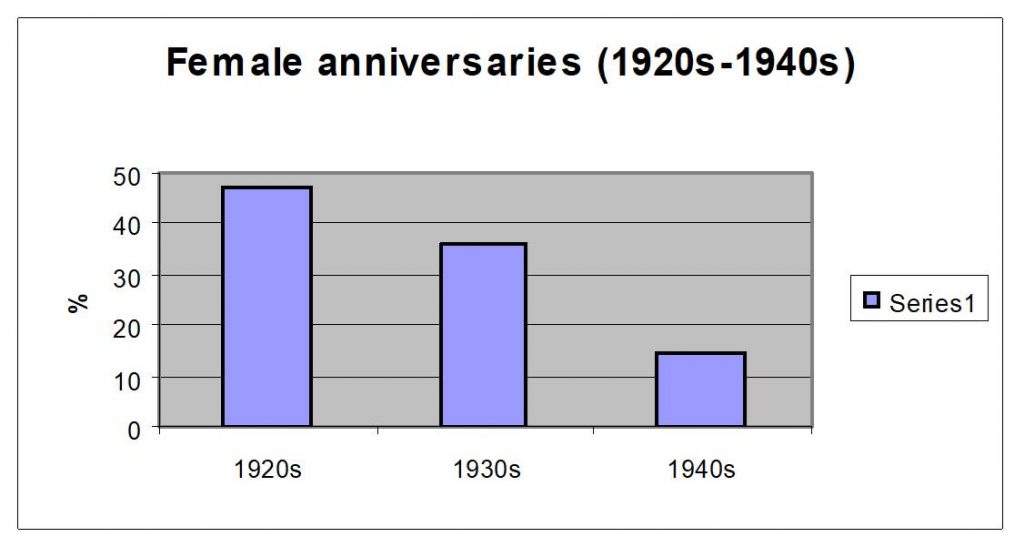 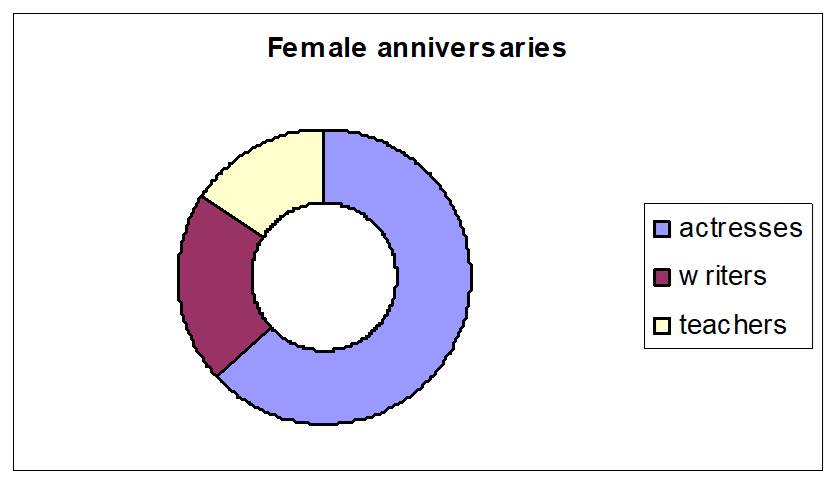 Indicatively, among them entirely are missing women musicians, women artists and woman scientists and scholars, although during the subject period they had a public activity and their own place in the Bulgarian art and science. Symptomatic was the absence of the leaders of the women’s movement exactly in their capacity of feminist leaders. The honoured with anniversaries were celebrated more as public figures, rather than as professionals and in the greetings the stress was put not on their feminine activity, but onto their relation to the national issue. Should be noted the lack of involvement of the official institutions into the “female anniversaries”. The commemorations were marked as if “by force”. Sirak Skitnik wondered: “Is it strange, that (the heroine of the anniversary) seems to feel guilty for monopolizing our attention in these days full of distrust, falsity and prudence”. In this context it was clear why, unlike the anniversary collections of Tsanko Bakalov and Krastyo Sarafov, The Ministry of education did not finance publishing of such one of Ana Karima (although she was a teacher and writer).