Famous specialist in Caucasus Studies of 20th century, doctor of historical studies, professor, author of 200 scientific works on the history of North Caucasus. She has been twice nominated “Woman of the year” by Cambridge biographical centre.

Valentina Pavlovna Nevskaya was born in Samara. Her grandfather was a priest, her father worked in the Ministry of Foreign Commerce in Moscow. She lived with her parents in Persia. Far East, Japan, and Germany. In 1938 her father was accused of espionage and arrested. He was sentenced to death for his stays in Germany and Japan. Her mother Valentina Nevskaja was also arrested and imprisoned as “member of family of betrayer of motherland”. In 1953 her father was rehabilitated posthumously.

In 1947 Valentina Nevskaya graduated the Historical Faculty of Moscow Pedagogical Institute. In 1950 she defended dissertation on the history of Byzantine under the tutorship of the head of the Department of History of the Old World professor V. Dyakov. She published the book “Byzantine in the Classical and Hellenistic Époque” translated and published in Leipzig and Japan. After the change of the leadership of the Institute she was fired as “too” educated, “exclusive” erudite and daughter of “enemy of people”.

In 1951 Valentina Nevskaya settled in North Caucasus –  Cherkessia where she taught old history in the Teacher’s Institute. She started to research the history of the local nations – the Abbasines, the Chercessians, Karachay and the Cossacks. By that time their history was not well researched. Many of the researches undermined the historical role of these nations. Many of the Soviet historians claimed that the mountaineers up to the revolution lived in primitive kinship social order. In fact there wasn’t scientific history of the local population in Karachay-Cherkessia. Archive sources weren’t researched, conceptions of the history of these nations weren’t elaborated, only archeological research had just started. The first result of her research was the treatise “Accession of Cherkessia to Russia  and the Social-Economical Consequences” (1956).

When in 1957 the deported in Middle Asia Karachay people turned to their homeland Valentina Nevskaya started to research their history and ethnography. As a result of both her work in archives and libraries in Moscow, Leningrad, Tbilisi, Vladikavkaz, Nalchik, Maykop, Krasnodar and Stavropol and her field research in the aula of  Karachay-Cherkessia where she recorded the memories of old people she succeeded to collect precious sources. She became specialist not only in the history of Karachay but in the history of North Caucasus. She published many books and papers which served as scientific basis of researching Karachay and became world known. Especially popular were her two books “Karachay – pre-reform period” and “Karachay – post-reform period” (1964). In the debates about the past Karachay people used the books of Nevskaya. In the aula Hurzik one of the elders asked Nevskaya to buy one of her books. Amazed Valentina Nevskaya asked him where from he knew about her book. He answered that he didn’t want her book but the book of Nevskaya. He explained that he expected such book to be written by old wise woman who could understand the soul of Karachay people. The response of the strict old man was a serious acknowledgement of her merits.

In 1966 Valentina Nevskaya defended a doctoral thesis “Karachay in 19th century. Evolution of the Agricultural Order and Peasant Commune” in the University of Rostov on Don. During the event one of the prominent opponents noted that it is not only scientific exploit but moral exploit to succeed to be so empathetic to the history of other nation. In the period of 20 years Nevskaya was head of the History department in Cherkessia and later in the Karachay – Cherkessia  Scientific – Research Institute.

From 1971 she was head of the Department of General History in the Pedagogical Institute of Stavropol (later it developed into university). Apart from the teaching activities she did research and published more than 200 works.

Thanks to her the history of the Karachay, Cherkessians, Abbasines was well represented in the two volume “History of the Nations of North Caucasus”. She is the author and curator of the chapters and also vice editor – in chief of the second volume of academician Aleksey Leontiev Narochnitski. She prepared the maps to the second volume “History of North Caucasus (end of 18th – 1917) and was seriously engaged in the editing of the volume.

For her scientific activity in the research field of history of Karachay people she received international acknowledgment. She was twice nominated “Woman of the year” by Cambridge biographical centre (1993, 1995). Nevskaya was granted with silver “Medal of the century”.

At the end of her life she blinded but she didn’t interrupt her scientific activity. At the beginning of 2000 the manual “History of Stavropol Region from Ancient Time to 1917” was published edited by Valentina Nevskaya. She wrote the chapter about the abolishment of serfdom law and the culture during 19th – 20th century. For “Cuban Cossack Encyclopedia” she wrote for several months 23 articles. Professor Nevskaya used to help to young researchers, edited their books and guided their research. With her support Karachay Historical School was established to solve many problems of the Karachay – Balkar historiography. The famous researcher of Caucasus Valentina Nevskaya often emphasized that she is proud to be called “Daughter of Karachay”. 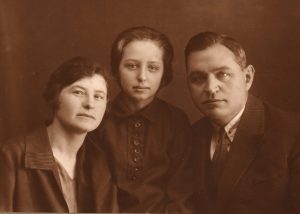 With her parents Tatyana and Pavel Skvortsovi 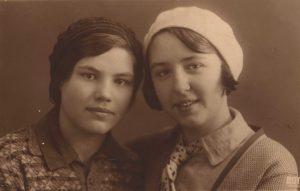 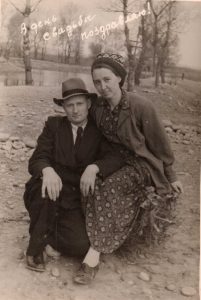 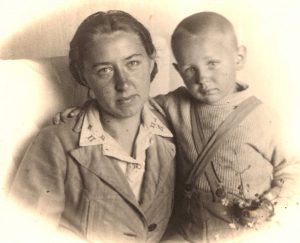 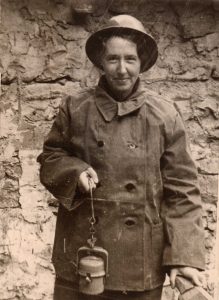 The silver – lead mine in Karachay 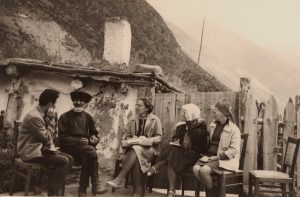 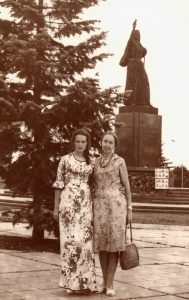 With her daughter Tatyana Nevskaya 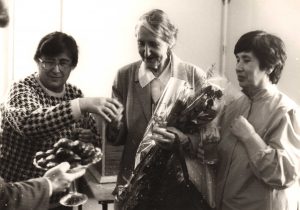 With colleagues from Karachay-Cherkess Research Institute