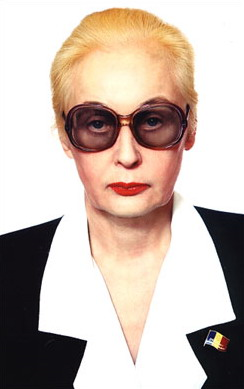 She was born on May 6, 1941, in Tătărăuca Veche, Soroca. After completing the studies in the locality, in 1958 she enrolled in the medical school in Soroca. She attended the Faculty of Pediatrics within the Medical University of Chisinau. She had the opportunity to attend the courses of the most important teachers of the time: Nicolae Anestiadi (Chişinău), Valter Derjavin, Vadim Tuman, Academicians Natalia Gheorghiu, Gheorghe Ghidirim (Chisinau), Stanislav Doleţchii, Iurii Isacov, Eduard Stepanov (Moscow), Azam Pulatov (Dusanbe), Ghirei Bairov (St. Petersburg), Jan Gauens (Riga), Alexandru Pesamosca (Bucharest), Ion Gotia (Iasi), etc.

Most of her life she worked at the State University of Medicine and Pharmacology “N. Testimiteanu” in Chisinau. Since 2002 she is the director of the National Scientific and Practical Center for Surgery on Children “N. Gheorghiu”.

Since 1992 she has been a member of the Romanian Society of Pediatrics. In 2000 she was elected as a correspondent member of ASM, and from 2007 as an academic. After she became the President of the Children’s Surgery Association in Moldova.

Between 2001-2009 she is a deputy in the Parliament of the Republic of Moldova.