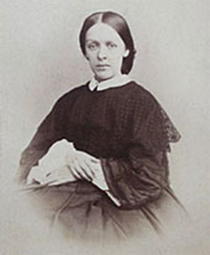 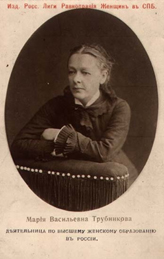 Her father, Vasiliy Ivanov, was descended from a very large and wealthy noble family, and her mother was the French woman Camilla Le Dantieau. She was the daughter of the governess in the family of a General – Major P. Ivashev. At first, she lived with her mother in the family of Ivashevs, and then she became governess in St. Petersburg. In Ivashevs’mansion Camilla saw the son of the landowners, Vasiliy, a brilliant officer, for the first time. The young girl fell in love with him, but the enormous difference in their social status did not allow her to even make a hint of her feelings.

After convicting Vasiliy Ivashev as a Decembrist, Maria told her mother about her feelings to him; her mother revealed this to the parents of the convicted Decembrist, suggesting that her daughter share her destiny with the prisoner’s fate. Vasiliy’s parents and his relatives kindly reacted to the girl’s noble impulse and told their son, who agreed with a sense of astonishment and gratitude. 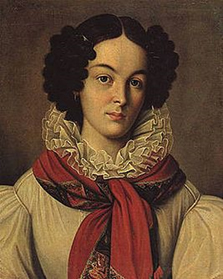 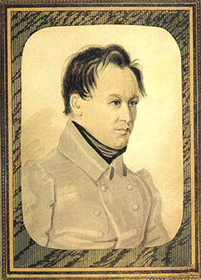 A permission to go to the groom Camilla received in September 1830, and in June the next year she went to Siberia and in September she safely arrived at Petrovski factory. A week after the first visit to the house of Volkonski the wedding of Vasiliy and Camilla took place. In the marriage Camilla gave birth to 4 children, and 1838 her mother, Marie Cecile came to Turinsk for permanent residence. Vasiliy built a home for his family in Turinsk with money sent by his father. The happy marriage did not last long: in December 1839 Camilla caught a cold and died with her baby while giving birth prematurely, and Vasiliy died a year later.[1]

Their children (Maria, Vera and Peter) were granted permission in 1841 to return with their grandmother to Simbirska Gubernya, where they were brought up in the home of their aunt Ekaterina Petrovna /Princess Hovanskaya/. By a Decree of 1856, Vasiliy Ivashev’s children were given back the family name and their nobility (dvoryanstvo). In their aunt’s family, besides their own 5 children, seven nephews and nieces were educated who were trained not only in literature, foreign languages ​​and history but also studied philosophy and natural science.

In 1854, Maria Ivasheva married the young clerk Konstantin Trubnikov, who captured his bride with his liberalism and quotes from Herzen.[2]

After marrying in 1855, she came to St. Petersburg, where she made her own salon, bringing together well-known public figures – liberals. Her husband, Konstantin Trubnikov, a Russian journalist and a man of industry, published “Журнале для акционеров” (“Jurnal for shareholders”) and a number of other journals, which also attracted people with reformer’s views in their home.

Her daughter Olga Konstantinova Bulanova Trubnikova presented her in her autobiography as follows: “… My mother – Maria Vasilievna Trubnikova was a woman with very advanced thinking and abilities. For her time, she was very well-educated and erudite, with a great interest in public activities… At home there were always talks about women’s rights, lively debates about the advantages of the Russian music before the Italian, enthusiastic work on organizing different women’s societies – the first events of women’s amateur work, women’s labour artels, the struggle for higher education for women … My mother taught us respect to labour and gave us examples of hard work … All my friends respected my mother profoundly and they always sought for even a minute to have a word with her. My mother was warmly sympathetic to their purposes, but she was resolute in rejecting terror, and that was the subject of eternal disputes.”[3]

In her daughter’s memoirs one reads: “For her, the female issue became a central issue of her life very early. She talked with people easily. She had just met Nadezhda Stasova and invited her to breakfast with Anna Filosofova and Alexandra Belozerska . This is how her women’s circle began, and she was its nervous center. The circle began with the only possible form of public activity then – philanthropy – “Society of Cheap Lodgings” in 1860, and in 1863 “Society of the Women Translators”, one of the aims of which was the access to higher education for women. [4] She either edited or translated a number of essays on natural science, history, journalism and children’s literature. In a personal perspective, she left her husband, who had wasted her capital, and she supported herself and her four daughters with translations and literary works. Due to illness, in 1881 she put an end of her social activities, and on 28 April 1897 she died in Tambov, at her daughter’s mansion where she lived.