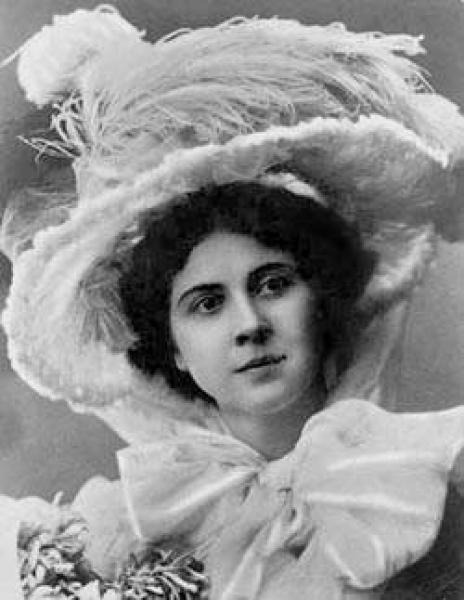 Famous opera singer, exceptional soprano and talented teacher. In August 1896, Lidia Lipcovscaia was admitted to the Mariinsky Gymnasium in Kamenets-Podolsk, and in 1901 she enrolled at the Imperial Conservatory of Petersburg (1903-1906), where she studied singing with Professor N. A. Irezkaia. The late graduate of the Conservatory, Lidia Lipcovscaia, at the invitation of the Imperial Theater Directorate, begins at the stage of the famous Mariinsky Theater with the Gildei partition of Rigoletto by G. Verdi. The debut took place in April 1906 and already in May, the young singer signs a contract with this institution. After a year at the Mariinsky Theater, the Imperial Theater Direction offers Lidia Lipcovscaia a scholarship in Italy where she graduates at the Milan Scala, studying the repertoire of belcanto with conductor Vittorio Vanzo.

In 1911, after the success in America and Europe, the artist signed a two-year contract with the Imperial Theater Direction, becoming again for a year  a solo singer in the band “Mariinsky”, then in the years 1914-1915 – soloist of the Musical-Drama Theater in Petersburg. During this period the singer plays alongside: Feodor Şaleapin, D. Smirnov and others, is invited to S. Deaghilev in Paris during the “Russian Seasons”; she runs tours at the Boston, Chicago and New York theaters, where she has the opportunity to sing alongside the well-known tenor Enrico Caruso. At one of the concerts performed on the stage of the “Metropolitan”, of the La Bohème by G. Puccini, the evening’s surprise was the presence of the composer in the hall.

Starting with the year 1920, after many tours around the world, she returns home every year, where she performs concerts and shows in the cities and villages of Bessarabia.

After the resounding success of Lidia Lipcovscaia in Sinaia, the Opera of Bucharest signs a contract with the artist for a series of shows in the 1924-1925 season.