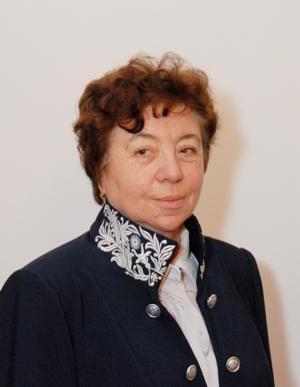 She was born on 25 June 1939 in the village of Sucleia, Slobozia region, in a family of workers.

She graduated from the Faculty of Geography and Biology of the Pedagogical Institute in Tiraspol (1961) and become a PhD student at the Institute of Hydrometeorology in Odessa. She defended her doctoral thesis in geography in 1972 and doctor habilitat – in 1992. She was elected as a corresponding member (1995), member of the ASM (2000) – becoming the first academic woman in the Republic of Moldova.

She published about 280 scientific papers, including 6 monographs. The contribution of academician Tatiana Constantinov to the elaboration and editing of 5 atlases and multiple maps for the specialists from the national economy and education is of a big value.

Academician Tatiana Constantinov was also a permanent representative of the Republic of Moldova in the Board of Directors of the International Center for the Study of the Black Sea in the Black Sea Economic Cooperation; member of the National Scientific Council for Geographic Fundamental Issues of the International Association of Academies of Sciences of the CIS countries, member of the National Commission on the Implementation of the UN Framework Convention on Climate Change and the Implementation Mechanisms of the Kyoto Protocol, Honor of the Russian Geographic Society, etc.

The merits of the scholar Tatiana Constantinov were mentioned with state distinctions: The Order of “Gloria Muncii”, “The Order of the Republic” was awarded the title “Om Emerit”, ASM Medal “Dimitrie Cantemir”.