Iulia Hasdeu was born on November 14, 1869. At 6 years and 7 months, she wrote a novel about the life and deeds of Michael the Brave. At the age of eight she graduated from the primary school, already enjoying French, English and German, and at 11 years, having the first grade prize at St. Sava, she was studying in parallel the music at the Conservatory, the piano and singing sections, plus the drawing and painting.

In September 1881 she went to Paris to study at the “Sévigné” College, where zhe earned her baccalaureate in 1886. Here Professor Maurice Albert is the one who discovered her literary genius. In the same year she enrolled at the Faculty of Letters and Philosophy at Sorbona, attending the courses at the École des Hautes Études in Paris. At the same time she took painting and singing lessons, as well as Latin and Greek. She has not neglected composition, creating more areas for some of her poems. She also started the preparation for the doctoral thesis, on the topic of Folk Philosophy in Romania: logic, psychology, metaphysics, ethics and theology.

She held two lectures at the Sorbonne, with the themes of “Logic of the Hypothesis” and “The Second Book of Herodotus”, presenting a special oratory talent. She wrote poetry, theatre plays, was reading and preparing for the doctoral thesis. At that time, she was beginning to suffer from myopia.

All her writings appeared to her postum, through the care of her father. 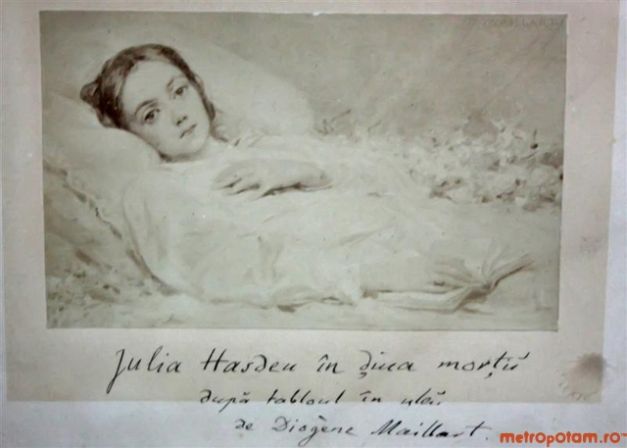